Lanes is the new 10pin bowling alley here in Port Moresby.  After coffee at Cafe Palazzo, we headed up (the team in the cafe actually checked it was open for us without any prompting).

Xavier is keen on having his mates go bowling next week for his birthday (he was 12 yesterday) so we rocked up to try and book, was told that if we were there at 11am it would be no problem, and decided to throw down a couple of games whilst we were there.

The venue has 6 lanes, all modern (no bumpers for little kids though), a Cafe, alcohol, and the ability to buy from the restaurants down stairs.

Aside from no shoes and having to put covers over our existing footwear (which was hell slippery) it’s a real slick operation and well worth going to.  We had lots of fun, pictures and pricing are below: 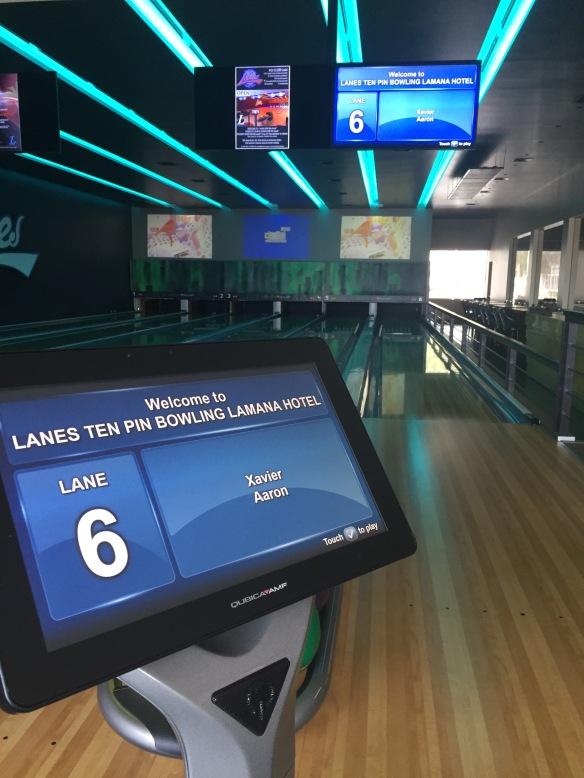